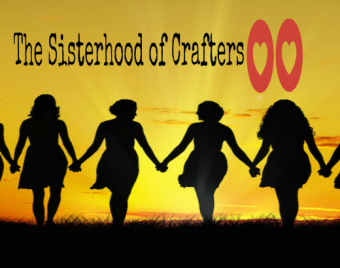 Today is the 2nd challenge of July over at The Sisterhood of Crafters and the theme is “Boys to Men’. I am so glad I received my new MFT BB Party like a Pirate stamps & coordinating die-namics in time to make this slider card for my 2nd design team post with them. As this is the first time I make a slider card, I thought I would do a photo tutorial, so sit back and enjoy!

This first pic is a slideshow to show you how it slides. I also made a video tutorial which you can find at the end of this post.

I first die cut the waves using Memory Box Big Splash Border Die. Before I removed the die cut though, I coloured it with distress inks.  As the original wave die cut had waves that were too high and would make it look like the boat was actually sinking, I trimmed the tops off! I also trimmed the bottom with some crafty scissors to make it look like waves crashing onto the beach. 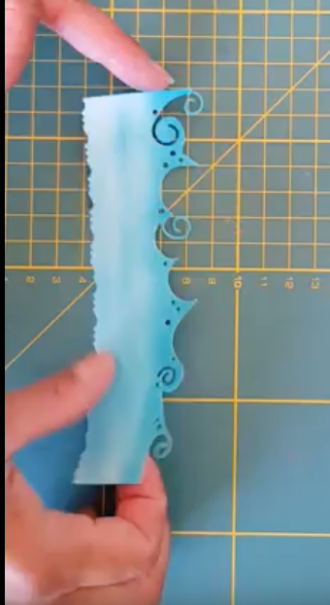 I then stamped the images I needed with Versafine ink, on watercolour paper, and coloured them with my Zig clean color real brushes, before die cutting them with the matching die-namics from MFT. I positioned everything onto the card so I would know where to cut my slider rectangle behind the waves as I wanted it to end before the pirate and not peek from under the waves either. 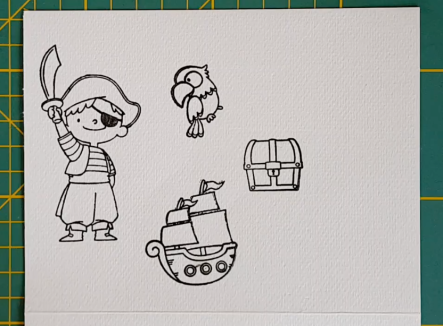 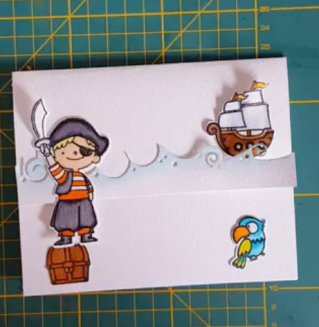 Once I marked the rectangle, I removed all my die cuts and cut the rectangle using a pair of scissors, it didn’t look neat but as it wouldn’t be seen, I didn’t really care! I then proceeded to make my slider using 2 small coins. You have to use coins large enough so that they will not pop out from the slider once its in place.

I first stuck a small piece of foam tape behind one coin, placed it behind the slider and adhered the other coin on top of it. Now all I had to do was colour the card with distress inks and place my die cuts. Not colouring the card first removes any potential for smudging either your hands or the card! 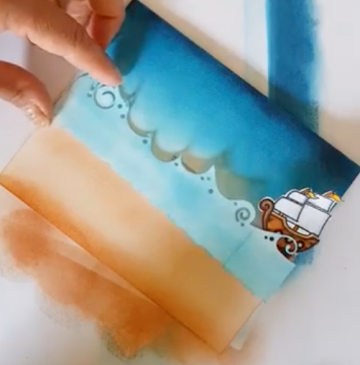 After colouring the sky, I adhered the ship on the coin with just a glue dot, and proceeded to colour the sand, placing my die cut wave on the card often to check I had coloured enough of the sky and sand. Once I was satisfied everything was coloured enough, I added the wave with foam tape so it would create enough space between the card and the coin so the ship could slide comfortably. I then added the rest of the die cuts, using foam tape behind the parrot so it wouldn’t be buried under the wave!

I die cut the frame of the sentiment using the banner from MFT Blueprint 20 set, from black card stock. I then stamped the sentiment from the same MFT pirate set, first in Versamark clear ink, poured white Wow embossing powder over it and heated it with my heat gun until it melted. The pile of gold coins beside the parrot was heat embossed the same way but using gold Wow embossing powder to make it shine! Only the top half of the banner was adhered to the wave.

I added the flock of seagulls from Lavinia stamps, with Versafine ink, before I realised the MFT set also came with little birds I could have used, so everything you need to make a pirate scene can really be found in this set and there are more stamps in this set I haven’t used yet!

Heres the video tutorial for this card. It is the first video I’ve made so excuse the “amateurism”!

So I hope you enjoyed this video tutorial and let me know if you found it useful! I hope you’ll go over to The Sisterhood of Crafters challenge blog to see what the rest of the DTs made and play along with us!

Thanks for dropping by and your comments are always treasured.

I’m playing along with:

My Creative scoop – Color inspiration Monday. Anything Goes as long as it is hand coloured

613 Avenue Create – I just went with “Anything Goes”

Thanks for stopping by. If you liked it please share it!

Follow me on my journey as I try to quench my insatiable hunger to constantly create something new! Visit my YouTube channel https://www.youtube.com/desperatehousewifecraft to see my creation process. View all posts by Gwendolynwatercolors

12 thoughts on “The Sisterhood of Crafters Boys to Men challenge”

Your comments are like little virtual hugs to me, so thanks for the love! Cancel reply

This site uses Akismet to reduce spam. Learn how your comment data is processed.

Hi, I'm Gwendolyn and I'm an escapee from the corporate world who discovered a passion for watercolour paintings not so long ago. I love painting florals and pet portraits in bright cheerful colours as I want to bring more joy into this world through my paintings. I want you to smile each time you see one of my paintings and hopefully you'll spread your joy around you too!

I personally do not collect any information stored on my blog.

If you have left a comment and don’t want it to be seen, then please delete it.

If you follow my blog you do so in the knowledge that my followers list is open to anyone who visits my blog. Your photo, name and links will appear and can be seen by anyone.

If you don’t want this data shared please delete your blog from my followers list. This will mean that you are no longer following my blog.

I personally do not collect any information for any marketing purposes.